Rugby Green Party banner calls for the 99% to unite against the 1%.

With multi-national monopoly capitalism forcing their gambling debts onto the backs of ordinary people in the UK and across the globe - Our Rugby Green Party banner calls for the 99% to unite against the 1%. 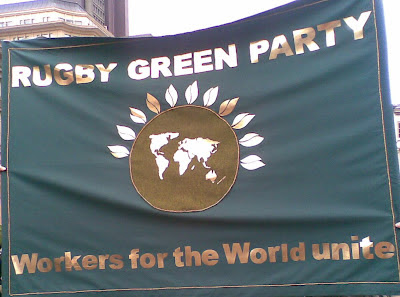 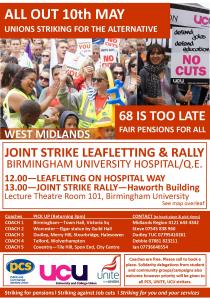 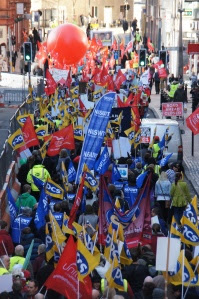 30th Nov Strike Demo
PCS, UCU and Unite will be on strike on Thursday 10th May, in protest at the government’s ongoing attempt to slash public sector pensions in order to pay for the bank bailouts.
In Birmingham, there will be lefletting on Hospital Way, at the QE Hospital from 12noon, followed by a joint strike rally from 1pm.
The rally will be held in Lecture Theatre Room 101, Haworth Building, University of Birmingham (see the flyer for a map).
Coaches are running from around the midlands, and are free. Solidarity delegates from student & community groups are welcomed, but priority will be given to PCS, UCU and Unite members.
Coaches:
Birmingham – Town Hall, Victoria Square. Midlands TUC 0121 643 4342
Worcester – Elgar statue by Guild Hall. Steve 07545 838 690
Dudley, Merry Hill, Stourbridge, Halesowen. Dudley TUC 07795 410 261
Telford, Wolverhampton. Debbie 07881 823 211
Coventry – Tile Hill, Spon End, City Centre. Ian 0773 664 6554
Fair pensions for all – don’t make teachers, nurses and public sector workers pay for the bankers’ crisis
From Rugby Against The Cuts
Posted by Rugby Green Party at 05:59 No comments:

Greens on the march in Rugby after excellent votes! 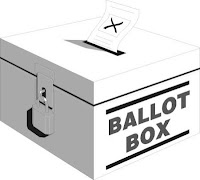 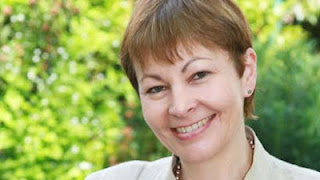 Green Leader Caroline Lucas MP today said: "I am urging voters up and down the country to vote Green tomorrow. A Green vote is one for fairness, for jobs and for the environment. Our councillors are at the forefront of opposing the Coalition's austerity cuts and calling instead for investment in the green economy, including affordable housing the green industries that will help us tackle problems like air pollution and climate change.
Only a Green vote will guarantee an effective voice on these issues, as well as on local problems like protecting health services and green spaces."
The Green Party are fielding their highest ever number of candidates (965) across England and Wales on May 3rd, a 13% increase on the last time the seats were fought.
In Rugby, we are fighting more wards than the Lib Dems and the small single issue group called TUSC.
Rugby people are able to VOTE POSITIVE AND GREEN in;