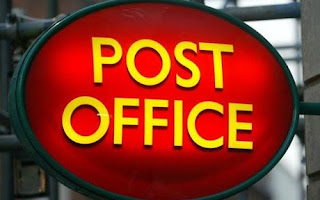 "The privatisation of Royal Mail is the latest ideologically driven, disastrous step by this government which is doing nothing to start the essential reshaping of the British economy, but is determined to hand over the last bits of the family silver to multinational companies.
"The approach of privatisation has proved disastrous for our water system, disastrous for our electricity and gas supplies, and particularly disastrous for our railways. Yet still the push towards it, from Margaret Thatcher through Tony Blair to David Cameron continues.”
Bennett added: "Green MP Caroline Lucas, with her private members' bill to bring the railways back into public ownership is leading the way to reverse this trend. What we need is for the Labour Party to show that it has broken with its New Labour past and back it. That would add a sense of verisimilitude to Labour’s criticisms in parliament today of the Royal Mail move."
Bennett offered congratulations to the CWU and the Royal Mail workers, who are resisting the government's attempts to buy them off with a share handout to staff.
"They understand that privatisation is a devil's pact that inevitably results in damage to staff pay and conditions, cuts to services, and profits stuffed into shareholder's pockets, all too often through the conduit of tax havens.”
Posted by Rugby Green Party at 18:45 No comments:

Steve Wright and Peter Reynolds outside a New Bilton property that has been unoccupied for 20 years (s)
FRESH pressure is being put on the borough council to bring more empty houses back into use.
It has been accused this week of not doing enough by failing to use any of its formal powers to force owners into refurbishing their properties.
And informal actions have resulted in only 22 out of 449 empty dwellings becoming inhabited across the borough, according to the Green Party.
Steve Wright, a candidate for the Greens in the local elections, said: “Hundreds of homes have been left empty left in Rugby for many years.
"They are an eyesore to the local community when many thousands of people and their families are so desperate for affordable housing.”
Chair of Rugby Green Party Peter Reynolds added: “We know of a house in New Bilton which has been empty for over 20 years. There can be no excuse for this and the lack of action by local councillors.
“Rugby council and Mark Pawsey MP keep congratulating themselves on all the new housing developments, but they seem to have forgotten about the wasted 400-plus long-term empty homes around the borough.”
In February, council tax discounts for second homes and long-term empty properties were scrapped while an extra 50 per cent was added to the bills of homes unoccupied for over two years to encourage owners to rent or sell up.
But the Green Party has called for the council to use legal powers available to them to stop private owners leaving homes empty for years on end in the first place.
These measures include Repair Notices, forced sales, Empty Dwelling Management Orders, Compulsory Purchase Orders and Essential Repair Grants.
It has also been urged to buy properties from landlords who cannot afford to maintain them and rent them directly to local people.
Coun Leigh Hunt, the council's communities spokesman, told us action was being taken to address the problem.
“There is no one-size fits all solution," she said.
“We already charge extra council tax for longer-term empty properties and provide renovation loans, among other measures, but bringing empty homes back into use is just one of many different ways that we are helping residents find homes to suit their needs.
"We are also building new council homes, for example at Pettiver Crescent, and arranging for housing associations and developers to build new homes for social rent. The local authority mortgage scheme helps residents to buy their own home."
Coun Hunt added renovation loans were also being made to homeowners.
PRESS RELEASE
‘Greens call for Council action over
Scandal of empty homes in Rugby’

Rugby Green Party have discovered through a Freedom of Information Request, that Rugby Borough Council have not issued any notices or orders against owners , to bring long term empty homes back into use.

The Council's informal actions have only achieved a paltry 22 successes across the whole Borough, leaving 427 empties

Just in Benn Ward for example; they have only achieved 3 successes, leaving 41 empties.

“At this snails pace it will take another twenty years for the Council to get them reoccupied, while there are plenty of people desperately looking for social housing.” Says Peter Reynolds

Benn Ward resident and Green Party Member,  Steve Wright says “Local residents in my area and we in Rugby Green Party have been raising the scandal of 100’s homes, left empty left in Rugby for many years – being an eye sore to the local community and local residents ,themselves often in need of decent accommodation see unused buildings and wonder at the waste of resources which is felt more keenly in these hard times.”
“Rugby Council and Mark Pawsey keep congratulating themselves, on all the new housing developments – which we should add are largely unaffordable for local people. But, despite Mr Pawsey appearing on a national TV documentary about the empty homes scandal, he and the Tory council they seem to have forgotten about the wasted 400 plus long term empty homes around the Borough.”  Adds Peter Reynolds

Rugby Green Party is calling upon the Conservative- controlled Borough Council, to finally start using at least some of the powers given to them several years ago by government, which are intended to stop the national scandal of private owners leaving homes empty for years on end.   These powers are successfully used by more enterprising Councils across the UK, and include increased Council Tax on empties, Repair Notices, forced sale, Empty Dwelling Management Orders, Compulsory Purchase Orders, and Essential Repair Grants.

Rugby Greens believe this would also create much needed extra work for our local trade’s people.

Rugby Green party is also calling on the Borough Council to undertake an imaginative buy back scheme from local landlords who can not keep their properties in good order due to financial problems and rent them directly to local people as decent affordable housing with modern energy saving devices to keep fuel bills low.
Rugby Green party is compiling a list of empty properties and  we would encourage local people, especially in Benn, New Bilton  and Admirals wards especially, to report empty homes to the Council and to Rugby Green Party on rugbygreenparty@gmail.com . So that we can monitor any progress.


Posted by Rugby Green Party at 13:02 No comments: