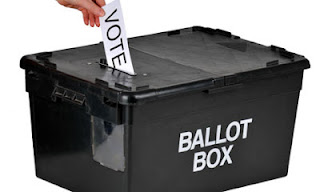 23 January 2013
Green Party leader Natalie Bennett said today that the Green Party stood for "Three Yeses - yes to a referendum, yes to major EU reform and yes to staying in a reformed Europe".

Natalie urged people to consider the first "Yes" in a different context to David Cameron's promise of a referendum - only if the Conservatives win a majority in the 2015 election - which has more to do with political game-playing and trying to hold together a deeply divided party that is failing in government.

The Green leader said: "The Green Party believes in democracy and self-determination. On important issues like this, voters should be given the opportunity to express a clear view."

On a reformed EU, the Green Party believes that decisions should be made at thelowest possible appropriate level, closest to the lives of the people it affects. It supports democratic decision-making - not the imposition of dictats from above, such as the austerity that has been forced on the people of many states in south Europe.

Natalie added: "'Yes to the EU' does not mean we are content with the union continuing to operate as it has in the past. There is a huge democratic deficit in its functioning, a serious bias towards the interests of neoliberalism and 'the market', and central institutions have been overbuilt. But to achieve those reforms we need to work with fellow EU members, not try to dictate high handedly to them, as David Cameron has done."

On 'yes to staying in a reformed Europe', the Green Party believes Great Britain should not abandon the European Union, but instead work from inside to make it into a fair and democratic union rather than just a vehicle for international trade.

The European Union is well placed to enact policies on crucial issues such as human and workers' rights, climate change and international crime. It is through EU regulation that our renewable energy targets have been set and hundreds of thousands of jobs have been created.

European action on air pollution, meanwhile, is forcing the British government to take the issue seriously, and the EU is leading the way on a financial transactions tax while Britain, in the grip of the City, resists.

Natalie concluded: "We need to continue to work with our European partners to build strong, locally democratic communities that decide their own way within the framework of minimum standards on workers' and consumer rights, the environment, and on human rights - and which work together to build a more peaceful and sustainable world."
Posted by Rugby Green Party at 11:56 No comments: