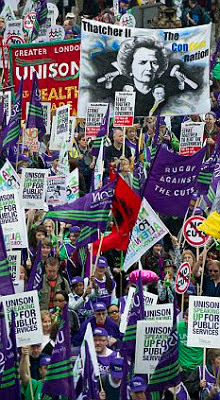 The Coalition Government’s determination to push ahead with another round of cuts in today's Spending Review is a "costly and avoidable" mistake, said Natalie Bennett, the leader of the Green Party of England and Wales. Setting out the Spending Review that will see £11.5bn slashed from Whitehall budgets, Chancellor of the Exchequer George Osborne told the Commons the UK economy was "out of intensive care" but more cuts were necessary to avoid a relapse. Labour leader Ed Miliband has confirmed that Labour would match the current spending plans it inherits should it come into government in 2015.

“Austerity is simply not working”, said Bennett. “As both the IMF and OECD have indicated, Osborne’s relentless austerity measures have failed. They are preventing the British economy going through the transformation it needs. We need a program of investment in the real economy that brings lasting benefits to society and generates meaningful employment and stable incomes across the country.” Bennett added: “This spending review is a clearly ideologically driven attack on the very fabric of our state.

"It’s an attack on those employed to deliver vital public services, who face more job losses, continuing drops in real pay and overwork in denuded departments.

“It’s an attack on local government, with both funding cuts and a forced council tax freeze that prevents our elected local representatives from making choices to preserve essential local services from social care to libraries to children’s centres."

“And it is an attack on our environment, with the worst level of cuts on the Department for Environment, Food and Rural Affairs, with the Department for Energy close behind, just when we need to establish, after years of this government’s failures, sensible policies and plans to reduce our greenhouse gas emissions, deal with the impacts of climate change and secure our food supplies.”

She added: “The TUC only this week reported 180,000 children who have at least one parent working in the public sector are set to fall into poverty by 2015. As a nation, a wealthy nation, we should not be expecting our vital service providers to struggle along in such circumstances, let alone their children.
Posted by Rugby Green Party at 03:29 No comments:

GREENS SAY - DON'T LET YOURSELF BE MUGGED BY THE CONDEMS AND THE BANKERS!

Posted by Rugby Green Party at 11:01 No comments: 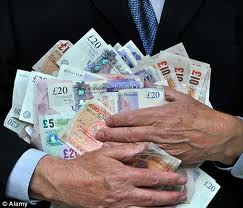 Posted by Rugby Green Party at 03:21 No comments: