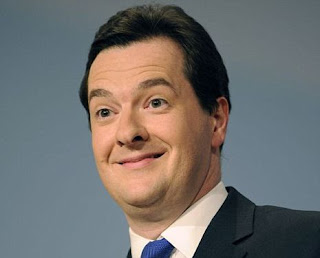 “Our NHS is likely to go into ever deepening crisis this winter with millions facing the stark choice between heating and food for their families. With tens of thousands of vulnerable people likely to die from the cold this year with the savage cuts in insulation and warm home initiatives taking place by the Tory Government.
The Tories declared aim is to cut public services in favour of tax cuts for the super rich” say Roy Sandison from Rugby Green Party.
Caroline Lucas Green Party MP says “Even if all local councils used their new powers to raise council tax by 2% to pay for social care, that would only raise £2bn, far short of the overall funding gap of £9.5bn by 2019-20 predicted by the Local Government Association.”
Lucas also criticised Osborne’s plans to scrap nurse training bursaries:
“Behind the Government’s headline figures on the NHS lurk dangerous cutbacks.
“It beggars belief that Osborne plans to scrap nurse training bursaries and replace them with loans. Just as the Government faces strikes by junior doctors they are showing their contempt for NHS staff by plunging nurses into further into debt for their training.”
Roy Sandison, Rugby Green Party spokesperson says “Our local MP, Mark Pawsey, will have a very nice Christmas with his inflation busting 11% pay rise but for many people in Rugby a visit to the food bank beckons. Too many people will be crossing their fingers with the hope that they won't need to use the in crisis NHS or ambulance services this winter”
“Osborne supported the bail out of his friends in the banking sector that caused the mess yet the rest of us are picking up the tab. That is not fair and doesn’t make good economic sense! Says Roy

We note you intend to vote for even more attacks on the rights of UK workers with the Trade Union Bill before Parliament and we would ask you reconsider.
As you will be aware their has been their has been relentless attack on workers’ rights and organised labour in the UK for almost four decades which has undermined workers’ legal protections and introduced a series of anti-trade union laws in the UK by consecutive governments making our laws the most severe in the EU.

Rugby Green Party believes such attacks on trade union rights must be challenged as attacks on fundamental human rights.
The Trade Union Bill before parliaments  is a direct attack on workers’ rights including the right to organise; the freedom of association; the right to function freely; the right to peaceful protest; the right to strike and the rights on freedom of expression.
One of the proposes is on voting thresholds which will require 50% of workers in a workplace to vote for strike action before it is legitimate. Abstentions, that is those that do not vote either way in the ballot, will be treated as ‘No’ votes.
We note that yourself FAILED to meet this threshold in the recent election in the Rugby Constituency and would ask you not to be hypocritical in voting for such a proposes.
If YOU do we in Rugby Green Party would ask you to immediately resign your seat so that a by election can be called to enable you to meet your own criteria.
Posted by Rugby Green Party at 08:52 1 comment: